One of my students sent me a Slate article, yet another piece of tripe with an attention-grabbing, gag-inducing headline: “How To Fix Math Education in High School and College.” Barf.

And the article is short and doesn’t really say how to fix math education in high school and college. So there ya go. But my student asked me for my thoughts. And I gave myself 20 minutes to compose a response. I had to give myself a time limit because I know myself. I’d obsess, second guess, and then think: well, that’s not precisely right, and then get diverted to go into this or that tangent, and never actually send it. And if I did, I wouldn’t be happy with it and it would be maybe 5 pages of things I wouldn’t be happy with.

So I did it under time constraints. And I figured I’d share it here. It is not precisely what I believe, and it is a lot of broad strokes. And it certainly is choppy (because I didn’t having time to proof). But here you go…

I think this article brings up a lot of good points, and I know at all the math conferences I attend and all the conversations I have with math teachers (at Packer and around the country), these are the discussions we are having.

When it gets down to it, there are two claims that I think are worth discussing.

First, that our kids are being pushed on a “calculus” track, while the real action and usefulness is elsewhere. I do think that there is this standardized curriculum in high schools, where kids are being put on a track where calculus is the pinnacle of their math studies. It’s not just Packer, but everywhere in the US. And I think that is not always the appropriate track — and we could come up with alternatives. We could have multiple tracks, culminating is statistics, discrete math and number theory, alternative geometries, or something interdisciplinary. Of course there are about a zillion things in the way, including staffing (who would teach these courses, how would they get paid, when would they have time to write the curriculum which would have to be something untraditional) and colleges (which look for calculus on a transcript, or so I’ve been told… I don’t really know much about that world). But I think most math teachers would say that calculus is just one possible, and not always the best, ending to a high school math career (depending on who the kid is and what the kid’s interests are in math). Very deep-seeded cultural, social, institutional, and even political barriers get in the way of revolutionizing what math is taught and how it is taught. On the other hand, I disagree with the argument that calculus should not be pushed because it doesn’t have as much “practical” “applied” use to most people. If we only cared about pushing the things that would be useful for students in the real world, why teach Shakespeare and Pynchon and hydrogen bonds and what makes a rainbow — if most students aren’t going to be working in a lab or becoming writers or critics? I think there’s a value to calculus for the sake of it being calculus, for it showing (for many, the very first time) the abstractness and beauty that a few simple ideas can bring to the table — and how these simple ideas can be stretched in crazy and amazing ways. (Given that a student has the algebra tools to accomplish it.) But to be clear, I honestly believe most math curricula in high school aren’t solely bent on helping kids understand calculus. If that were the case, I could come up with a curriculum where we elminiate geometry, and combine Algebra I and Algebra II into a 1.5 year course… and students would have the background to do calculus afterwards. That’s not the goal. The goal is building up ways of thinking, putting tools in your mathematical toolbelt, and leading up to abstraction and reasoning… with the hope that the structure, logic, and incredible beauty and creativity of it all come tumbling out. Now whether that actually happens… let’s just say it’s not easy to accomplish. We teachers don’t get students as blank slates, and we aren’t always perfect at executing our vision under the constraints we have.

Second, there is the claim that ” that schools should focus less on teaching facts—which can be easily ascertained from Google—and more on teaching them how to think.” I think most teachers would agree with that. But then the article goes on to claim: “mathematical education will be less about computation—we’ve got calculators for that!—and more conceptual, like ‘understanding when you need to do integrals, when you need to do a square root.’   This is a much bigger issue and it can’t be simplified into these two sentences. There is a large discussion going on in the math education community about the use of graphing calculators, and if they can be the panacea for math education. That students who struggle with basic algebra can still explore and discover using their calculators. I half-agree with that. Pattern-finding is great. It invites creativity and expression, this sort-of calculator-based discovery-learning. But if the calculator is used as a black-box, and we don’t know what it’s calculating for us, or how we could calculate what it’s doing (but just much slower, and possibly with different algorithms), we’re in trouble. If you can find patterns in pascal’s triangle, but you can’t prove them or at least have some plausible argument as to why they exist, then you’re just finding patterns. It’s cool, but has very little depth. If you let a calculator factor for you (the new ones can! like wolfram alpha!), but you don’t know what it’s doing, then I fear math can easily turn into magic, where the magician is the calculuator. And that’s one thing I big thing I worry about as a teacher: math being seen as a bag of magic tricks, where there is no logic or structure to it. And if the calculator is the magician, and the student is the audience, the student might marvel at the trick, be excited by whatever pattern is found, but never really understand what makes it all hang together. That’s why you hear me harping on understanding so much. And why when you found the power rule pattern, you did the first step, but the real learning came when you went off to prove it. It stretched your mind, and you spent a long while working it out. You wanted to understand the pattern, the logic, the conjecture. When technology helps with understanding, I LOVE IT. When technology helps generate questions, I LOVE IT. But when it replaces understanding, I’m a bit more wary.

So there are my very quickly typed two cents. They might not make a whole lot of sense, but they just sort of poured out. My thoughts change in subtle ways on these issues all the time, so ask me again in a few months and I might have switched some of my thinking.

To be honest, I’m posting this as part of my desire to archive my evolution as a teacher. You’re welcome to comment, and have discussions, if you so wish, but I probably won’t engage too much. I’m tired.

In other news, explaining why I’m so tired, I spent the last week and half writing narrative comments on all my students. I think they are better this year than in years past (each year I try to improve a tiny bit), so maybe if I have the time and desire, I’ll post about my process. But who knows, school is like a train and time just keeps whooshing by. I can’t believe a quarter is already done. It feels like we just started, and I barely have scratched the surface of my kids.  (Right at this moment, that is. You know, by Thursday or Friday it’s going to have felt like this year is turning into a piece of taffy that keeps getting stretched out, the end getting further and further away while my grip on reality is getting as delicate as the taffy is getting thin.)

PS. On the views of math: 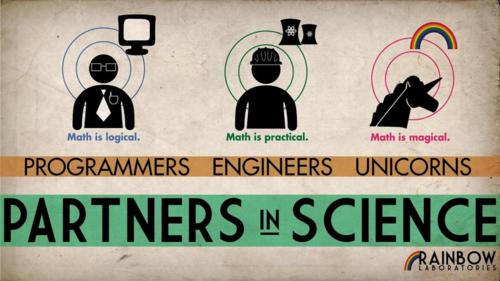